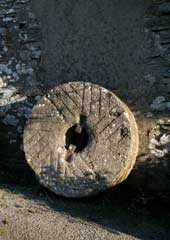 This was the original farmhouse and has “1752” carved into a stone above the door. It was used in the 19th century as a carthouse. It has been sympathetically renovated in 2007 retaining much of the original stonework but is also light and airy. 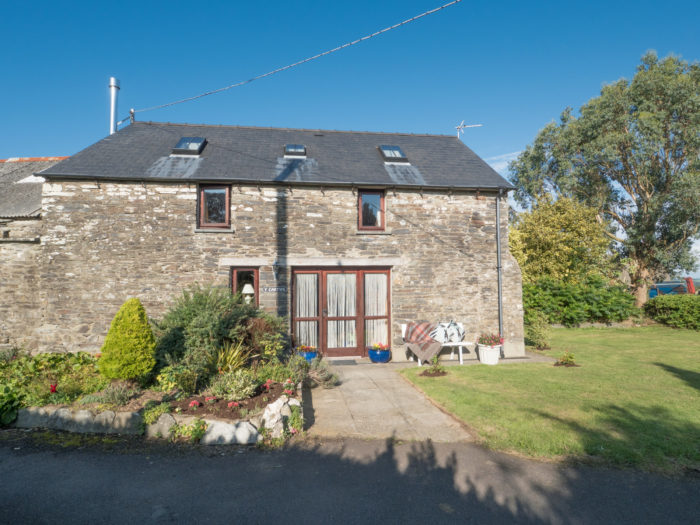 Downstairs is open plan with a woodburning stove and wooden flooring in the sitting area. The kitchen area is fully equipped including a dishwasher, a washing machine and has French doors to the front. A metred tumble drier is in an outbuilding and is shared by both cottages. Y Cartws sleeps four people in two bedrooms, one with a KING size bed and the other with two single beds. All bed linen is supplied but please bring your own towels. The bathroom has both a bath and shower. 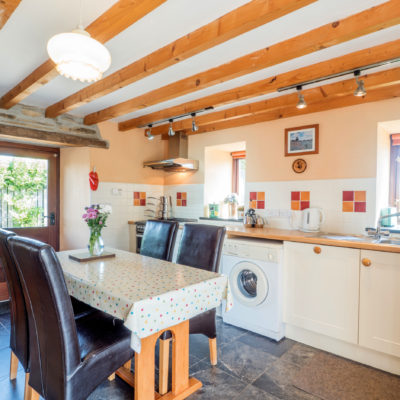 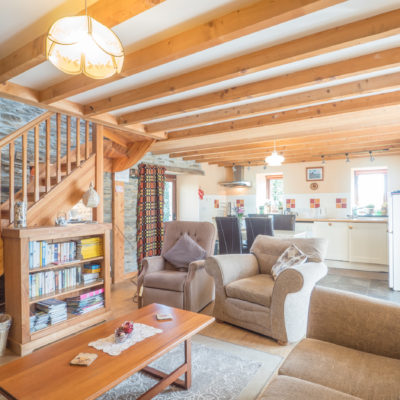 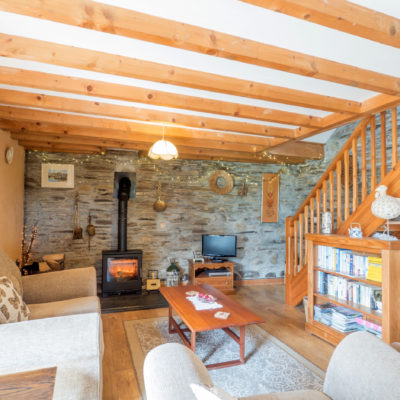 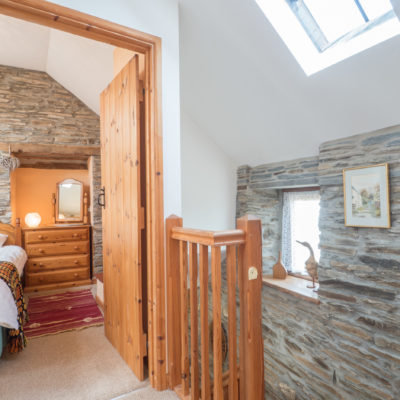 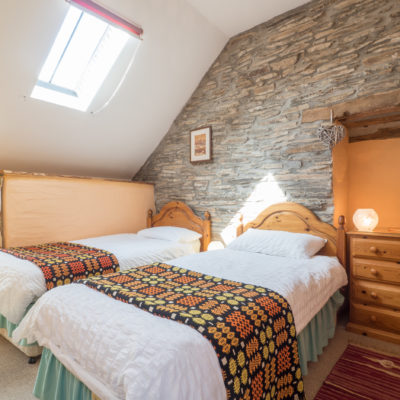 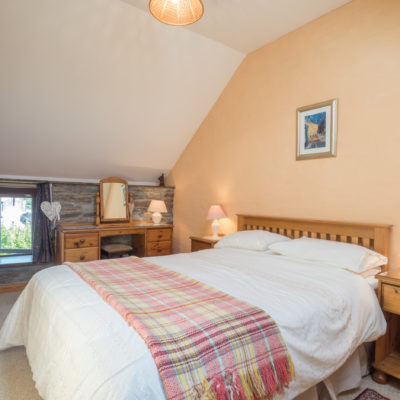 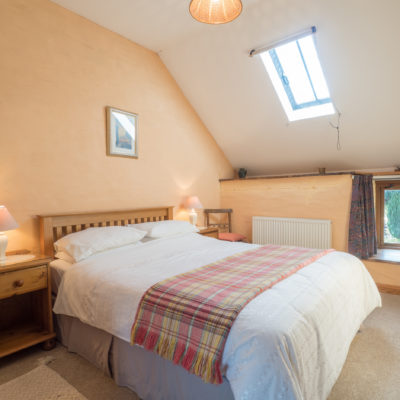 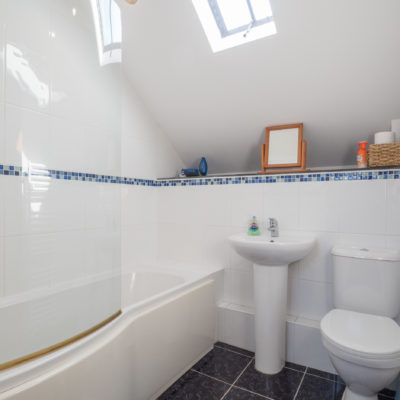 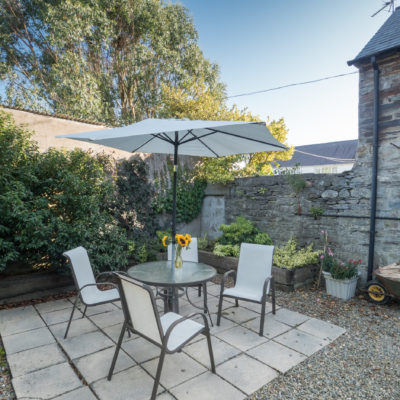 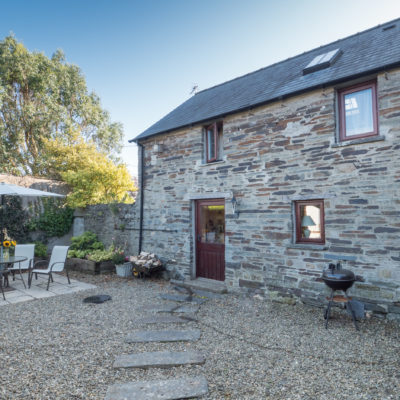 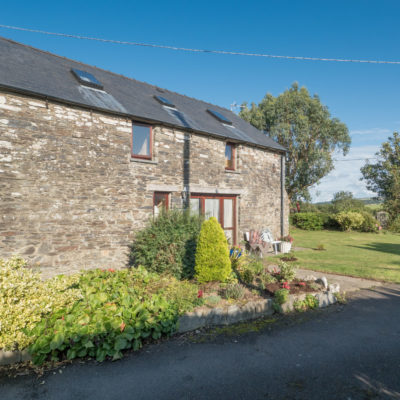 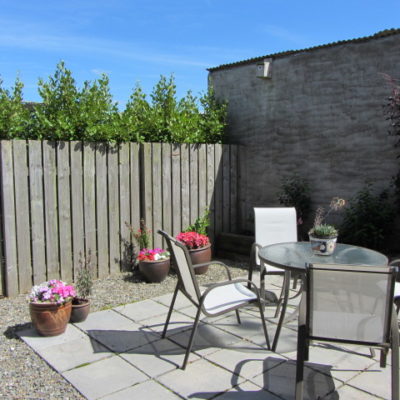 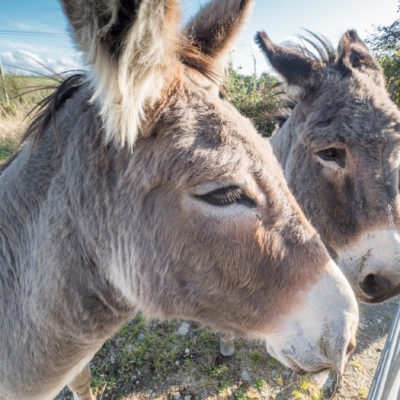 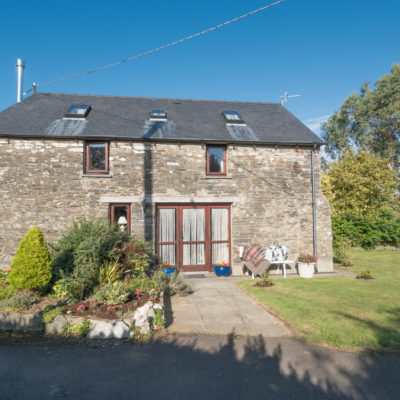